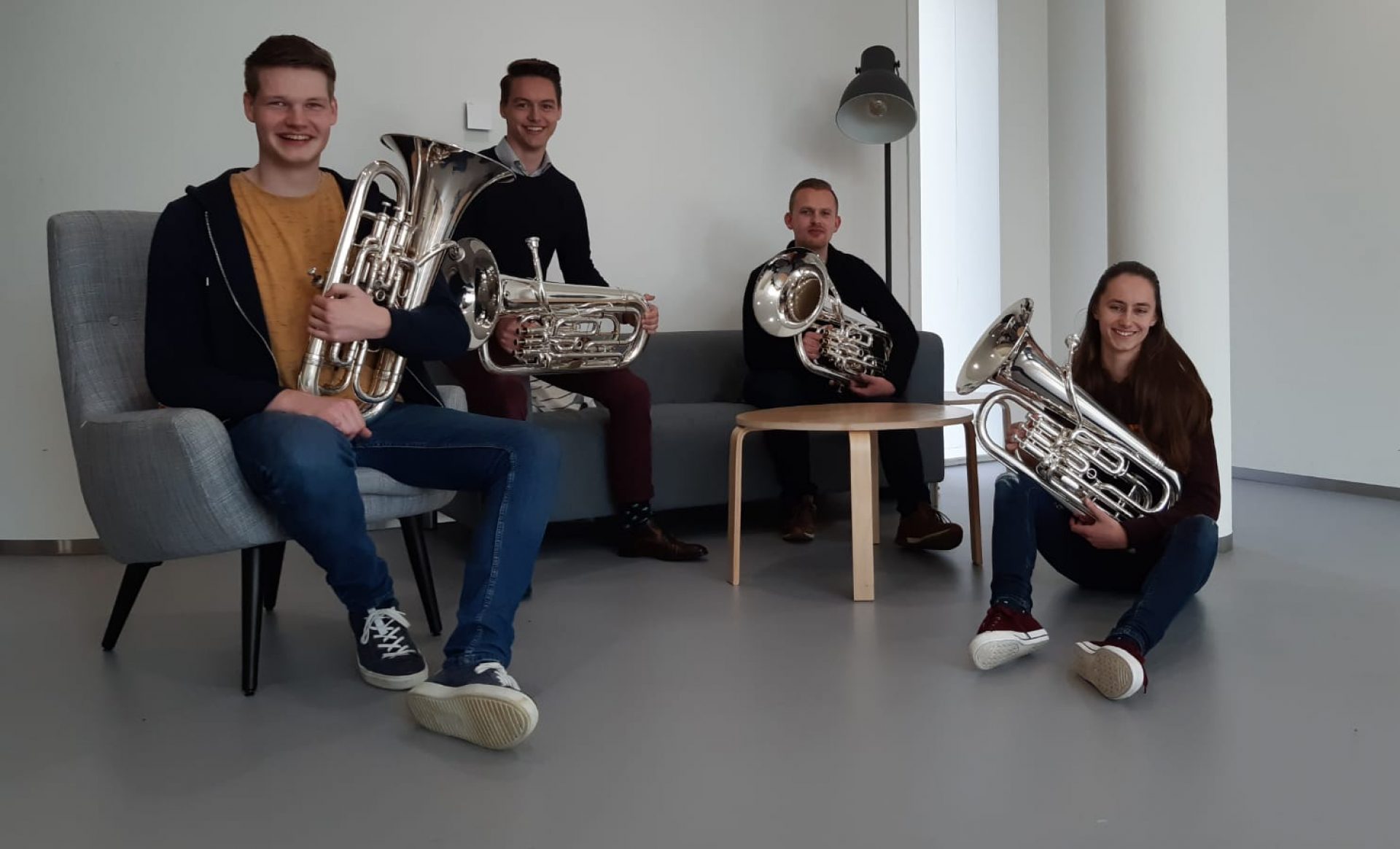 END_OF_DOCUMENT_TOKEN_TO_BE_REPLACED

The Cantaphonia euphonium quartet was founded 2020 and consists of Bart van der Ploeg, Ruben
Apol, Jurgen van de Wardt and Gerbrich Greidanus. Its members are from different regions in the Netherlands and are coming together once or twice a month for rehearsals. All of its members are studying at a conservatory or have a degree in music. Bart, Ruben, Jurgen, and Gerbrich are also active members of different brass and wind bands from the Netherlands.

The ensemble started with the desire to make more music outside the common combinations/common ensembles. Our goal is to introduce the public to the euphonium in a surprising way. We are playing classical arrangements and also original music for euphonium quartet.